Teacher, parent, author, inventor, educational leader, and innovator are some of the titles that Jeanne Clements has comfortably wielded in her professional career. Most recently she was the designer of the successful test preparation programs for the Union City School District featured in the book Improbable Scholars by David L. Kirp. The book chronicles how this school system defied all odds by raising test scores, improving basic skills, and increasing high school graduation and college admission rates with a student population that lives below the poverty line and speaks English as a second language.

After serving in the public school system for over 25 years as an English, drama, and theater arts teacher; public relations liaison; and curriculum developer; she accepted the post of lead teacher of the English Department at Morris Knolls High School where she oversaw and mentored a department of 25 teachers. 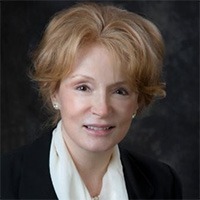 Currently, she is serving on the advisory board of the Association for Language Arts Teachers of New Jersey, a non-profit organization dedicated to preserving the strength, beauty, and power of the English language and Language Arts education. The organization has begun to provide professional development and assistance in implementing the common core and preparing for the PARCC assessment. Her vision for the association is for it to serve as a forum for dialogue, improvement, innovation for American education, and a partner in the classroom.

Her success in preparing students for tests like the ASK, HSPA, SAT and ACT, largely through the acquisition of vocabulary knowledge, critical thinking skills and reading comprehension strategies has enabled her to help thousands of students gain acceptance to their first choice colleges, including such prestigious universities as Princeton, Cornell, and Michigan.

Becoming a Geraldine R. Dodge Foundation Fellow in 2002, she travelled to Greece, England, France, Japan, and China to study theater, which enabled her to incorporate international acting techniques into American classes. After completing her foreign studies in theater, she designed a lesson study on No plays and shared it with other English and drama teachers and has celebrated the resulting infusion of Eastern and Western cultures that it accomplished in many classrooms. Her own experience on the stage and skills acquired through her own study of acting lent an air of authority and a touch of authenticity to her teaching, which, she feels, was instrumental in winning the admiration and affection of her students.

Spearheading an initiative to raise her district’s test scores, she increased the passing rate among special education students by 77%, and by more than 15% among the general student population. It was through her efforts that led her district to achieve safe harbor status in the field of yearly testing.

Applying her academic acumen to the education of her own daughter, she guided Carolyn through the public education system in New Jersey, into Villanova College, and then through Drexel University, where her only child became an earthquake specialist by earning a PhD in geo-technical engineering.

Inventor of the only interactive vocabulary game that teaches the kinds of high- level words appearing on the SAT and ACT, she was awarded a U.S. patent for her creation. Her recent publishing accomplishments include an SAT preparation book which has been lauded by students, tutors, and parents. An invitation to examine Harvard’s expository writing program gave impetus to her publication of the Essay Edge, a premiere textbook on expository writing and acclaimed by teachers across the country. Her Thinking Out Loud software program, an innovative breakthrough method of teaching critical thinking skills for New Jersey’s standardized tests, has proven that learning to read and write can be fun and achievable. She has been a contributing writer and major designer of over a dozen language arts test preparation books since 2009.

The results of her innovative methods in improving basic skills, raising test scores, slashing dropout rates, and increasing literacy across the curriculum was so stunning, it garnered headlines in The Star Ledger, the largest newspaper in New Jersey.

Her work with after-school programs gave birth to a series of grade specific workbooks, remediation guides, and teachers’ manuals for grades 3 to 11 which have helped students improve basic skills through a design of scaffolded instruction, authentic exemplars, and powerful, proprietary reading and writing strategies.

Her expertise in education has made her an advisor to CBS News, curriculum developers, classroom teachers, and parent organizations. Her professional development seminars at the New Jersey Educational Association’s conventions, the largest educational conference in the country, have been conducted to standing room only as teachers flocked to workshops like Raising SAT Scores and How to Create Better Writers in the Classroom, just two of Jeanne’s many seminar offerings.

Jeanne, the former Vice-President of Instructivision, Inc. also served on its Board of Directors. She guides the direction of educational innovation in the private sector for the public sector. Her results-oriented, practical approach to classroom instruction has reaped dividends for the client schools she serves and their students.

This website uses cookies to improve your experience while you navigate through the website. Out of these cookies, the cookies that are categorized as necessary are stored on your browser as they are essential for the working of basic functionalities of the website. We also use third-party cookies that help us analyze and understand how you use this website. These cookies will be stored in your browser only with your consent. You also have the option to opt-out of these cookies. But opting out of some of these cookies may have an effect on your browsing experience.
Necessary Always Enabled
Necessary cookies are absolutely essential for the website to function properly. This category only includes cookies that ensures basic functionalities and security features of the website. These cookies do not store any personal information.
Non-necessary
Any cookies that may not be particularly necessary for the website to function and is used specifically to collect user personal data via analytics, ads, other embedded contents are termed as non-necessary cookies. It is mandatory to procure user consent prior to running these cookies on your website.
SAVE & ACCEPT
Scroll To Top