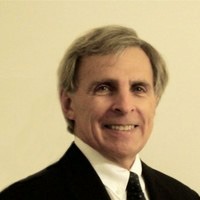 Mr. Richards brings a real-world perspective to the organization, having worked for such prestigious companies as BBDO Advertising, The Nestle’ Company, and ATT.  During subsequent years as a consultant, he worked across a broad range of categories – most relevant the pre-school industry – where his work focused on guiding curriculum development for pre-K children.  That work included gaining insights from teachers K – 6 and beyond as well as from parents, child development “experts” and pre-K instructors themselves.  He also collected and analyzed data which added depth to his findings.  Not surprisingly, while all constituents expressed sincere concern for the development of the whole child, not just the 3R’s, there was among some, uncertainty as to when and how that development should take place.  As the largest pre-school operation in the country, Paul’s client wanted to be certain they were on the right path.  Paul then analyzed reams of data and confirmed his client’s hypothesis; that such learning should begin, even at a rudimentary level, as early as possible.  To ensure their pre-K instruction would have lasting value, additional research was conducted to understand how such early instruction would be carried forward once students entered kindergarten or first grade and beyond.

Paul’s work with other clients in the business world had revealed that corporations and small businesses alike were faced with an increasing level of job applicants with a poor command of the English language, an inability to present ideas clearly, poor writing skills, and poor grammar.  While the digital age, especially smart phones with tweeting, emailing, Instagram, etc., are a major factor, the fact that many individuals never learned the basics to fall back on, the pace of the decline in reading, writing and speaking skills is accelerating and becoming a critical issue for many employers.  Paul’s work found that while many employers believe that learning those skills is the responsibility of the educational system, some large corporations have taken it upon themselves to conduct remedial courses for selected employees to bring those skills to a higher level.

Paul saw the confluence of the pre-K experience and the declining language arts skills in the corporate environment as an opportunity.  He was enamored by the fact that Clements Education was comprised of seasoned language arts teachers:  individuals with many years of experience in the classroom, a passion for improving education, an honest recognition of what and where the problems were, and the know-how and drive to improve education on a broad scale.

Paul joined the company as Director of On-Line Learning and as a data analyst.  He is responsible for delivering the on-line lessons for the HOT (Higher Order Thinking) Skills program (test-prep), the Expository Writing Units for grades 3 – 5 and 9 – 12, and the Comprehensive Writing Lessons Curriculums for grades 6, 7 and 8.  In his role as data analyst, he developed a student focused approach to analyzing test scores to provide clients with a more accurate perspective of how their students were performing and identify the real areas in need of improvement.

This website uses cookies to improve your experience while you navigate through the website. Out of these cookies, the cookies that are categorized as necessary are stored on your browser as they are essential for the working of basic functionalities of the website. We also use third-party cookies that help us analyze and understand how you use this website. These cookies will be stored in your browser only with your consent. You also have the option to opt-out of these cookies. But opting out of some of these cookies may have an effect on your browsing experience.
Necessary Always Enabled
Necessary cookies are absolutely essential for the website to function properly. This category only includes cookies that ensures basic functionalities and security features of the website. These cookies do not store any personal information.
Non-necessary
Any cookies that may not be particularly necessary for the website to function and is used specifically to collect user personal data via analytics, ads, other embedded contents are termed as non-necessary cookies. It is mandatory to procure user consent prior to running these cookies on your website.
SAVE & ACCEPT
Scroll To Top